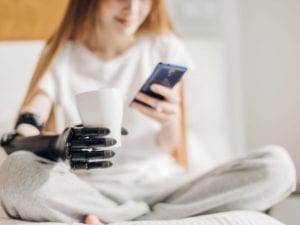 Prostheses have progressed dramatically in recent years, with many people choosing to move away from the standard NHS provided prostheses, to highly functioning, technologically advanced limbs. Here are the top advancements in protheses in 2020. 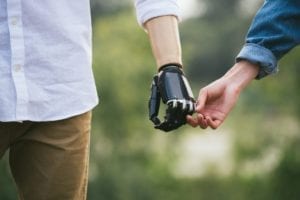 Similar to bionic limbs, nerve detectors control the prosthetic, utilizing the user’s mind to think they are actually moving the limb. The technology behind it operates via spinal motor neurons, instead of just muscle, like a bionic arm. This allows more commands to be detected by the sensors, permitting the prosthetic to move more freely, rather than be limited to a smaller amount of movements.