Resolving  Anger About Your Amputation 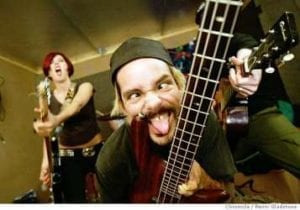 here is really a band calling themselves the “Angry Amputees” and have a Facebook page. Dalty, their lead vocalist is actually an amputee. He had lost both legs and fingers. He started the band to deal with his anger. His ability to resolve it and carry on should be an inspiration to us all.

I asked some amputees if they ever get angry at the loss of their limb. Even after years, they still are bothered by angry feelings. The most consistent group is the accidents where the person wakes up missing a part of their body. The anger they feel is intense. It haunts them and finds new subjects to latch onto. Sometimes it is the person who caused the accident. Sometimes it is the surgeon who made the decision.  Sometimes just the circumstance become the focus. On the other side are the people who have a great deal of faith or spiritual power. Their prayers keep much of the anger in check. One group is relieved that their amputation saved their lives. That kind of gratitude is more extensive than any bitterness or anger.

Each of these individuals had their unique responses to their amputations, reflecting both their personalities and life histories. One group of them became severely depressed, which is internalized anger.  Another made an amputation worse by ignoring it initially. Yet another became overwhelmed by anger. Another group had a strong spiritual and religious faith that this transition was for the better.

These reactions made sense in light of what the amputation meant psychologically to that person. What has become clear to me over the years, however, is that we all have different personal ways of dealing with our bodies can color not only how we heal, but also how we feel about ourselves during and after the healing process. After many summers in which I have observed and dealt with this process both professionally and personally, I have the following suggestions for keeping a bodily injury from becoming an emotional one:

Engage and talk with your caretaker, family, and support group.

Realize that anger takes time to build up. It starts when the feeling is ignored. Angry people can be helped if they feel they are being listened to. This is not a time to ignore what you feel. Anger starts with resentment. It grows when you don't want to talk about it. Rage is anger at its most intense level. It is the point when the feelings are ignored too long, and the emotion has a life of its own. Rage can destroy things and scare people. It will turn away the people who care for you. That is why when they say that you seem upset and listen to them and talk about it.

Try to understand what this amputation really means to you.

Many amputees are angry because they still are dealing with significant pain. Physical pain is far more easily forgotten than emotional pain. But when bodily issues turn into emotional ones, they become stamped in our psyches. For some of us, physical pain represents an inability to take care of ourselves, and means we are weak. One pain management technique is to try to focus on other parts of your body than the one that hurts. This can also help when you are feeling overwhelmed by an injury: try to list for yourself some of the ways in which you are functioning well. Recognize what you are proud of in yourself. Remember that you are more than your disability.

Take responsibility without blaming yourself.

Self-criticism interferes with the healing process while taking responsibility for rehabilitation helps it. This is, of course, much easier said than done. Self-recrimination is hard to avoid, especially when an amputation happens because of something we did or didn't do but also may be due to things entirely out of you control - but the truth is, in most cases, we don't intentionally hurt ourselves, even unconsciously. Repeatedly reviewing our failures is not likely to help us find a way to move forward.

Similarly, finding a way not to give up power, even when we feel helpless, is extremely difficult but also very important to the healing process. Your rehabilitation may be stuck and out of your control. Instead of feeling ignored, which is the breeding grounds for anger, you can focus on regaining control. This could be as simple as getting a second opinion. You may decide to see another prostheses maker. It may be a time to go back to physical rehabilitation. It may be a time to reconnect to your fellow amputees.

Lean on friends and family (but not too much)

You might consider finding a therapist who has experience working with amputees. It is essential, letting people know how vulnerable you feel. This does not mean that you are becoming a burden or are developing an unhealthy dependency. Real strength comes from acknowledging our need for others. If you are worried that your needs will (or already have) become too much for others, open up a dialogue with them. Talk about your worries and your appreciation, and invite them to tell you what they are feeling. And again, look for ways to enhance what you can do for yourself.

Finally, it is important to know that good things can come out of bad experiences. One client put it better than anyone else I know when she said, "who would have thought that out of this awful process I would have discovered valuable parts of myself that I didn't even know existed before?"